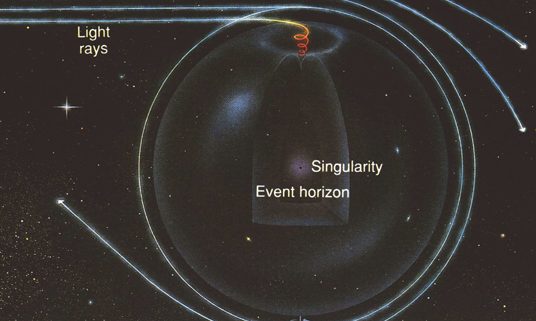 The singularity at the center of a black hole may shrink to a size smaller than an atom, and eventually become an infinitely small point in space containing infinite mass. Here the gravitational force is so strong that the spacetime surrounding the singularity is bent to infinite curvature: only a quantum theory of gravity may allow us to explain what is truly going on inside a black hole. “The singularity is a point where all laws of physics break down” (Kip Thorne, theoretical physicist and scientific advisor of the Hollywood movie “Interstellar”).

Want to join the discussion?
Feel free to contribute!