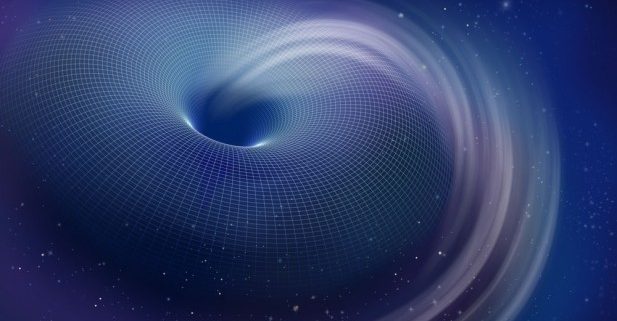 According to Einstein’s  General Theory of Relativity, any massive object actually distorts the space-time around it, including our Sun, Earth, or even us. A black hole is an extreme case in the sense that at its singularity the curvature of space-time becomes infinite, preventing even light to escape. The boundary beyond which light cannot escape the black hole’s gravity well is known as the event horizon, while its radius is called the Schwarzschild radius. Once particles and light-rays go past the event horizon their light cones “tip over” and point to the singularity, which now represents all future-directed paths with no escape possible.

A Massive Star Collapsing In Upon Itself Forms a Black Hole